Our ambition was empowerment of the civil society and increasing awareness about our common European history and values in the participating countries (and beyond) as in all participating countries – Slovakia, Czech Republic, Croatia and Hungary – a worrying trend can be observed: strenghtening far-right and extremist movements, populism, Anti-Semitism and other negative phenomena, especially among the young generation.

In Post Bellum, we strongly believe that only people who are aware of history of their countries and societies will be able to cope with the past of totalitarian regimes in their countries, and also with the present and future challenges for civil society in Europe (for example to oppose to the strengthening far-right extreme movements across the Europe, coping with migration crisis and migrants in Europe and similar).

Our project involved all generations in 4 countries – from children and young people, who will be participating at our educational interactive workshops (and indirectly their parents and teachers), to general public of all age groups, who had an opportunity to see the campaigns and witnesses in the age group 65+, who’s memories we recorded.

PHOTOS FROM RECORDING STORIES OF WWII FROM SLOVAKIA, CZECH REPUBLIC, HUNGARY AND CROATIA

In each country we documented the memories of witnesses of WWII, and their reflections on previous totalitarian regime and present period, in order to pass this legacy to broader public. Together we have recordered 18 life stories of people who survived. 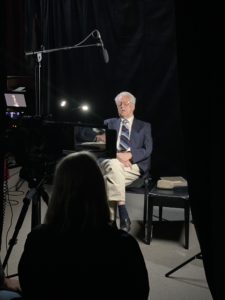 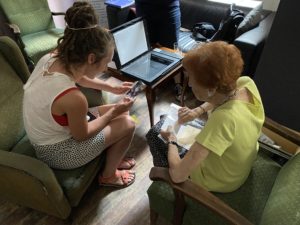 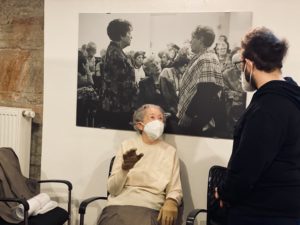 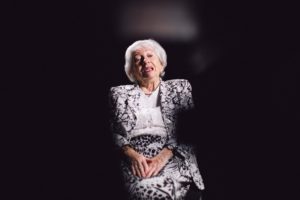 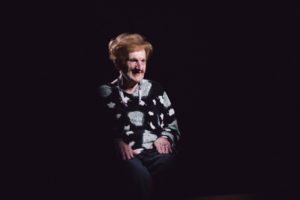 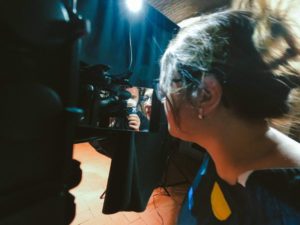 … FROM FEEDBACKS TO EDUCATIONAL ACTIVITIES

„I thank you very much for educational workshops for our students. Informations and methods what you are using are very deeply for students. I hope that we will cooperate also in the future. Your lecturers are very professional, many greetings to you and them.“

„I wanted to see yours workshop. That’s the reason, why I came with my son. It was strong experience and very necessary in these times.“

„It is meaningful, I liked it and I was entertained. Thanks for reviving the history.“

In each country we made educational experience-based workshops for primary and secondary schools based on methodologies, which has been developed thanks to the previous support from the Europe for Citizens.
Together we made 48 workshops for 1 440 youngsters. 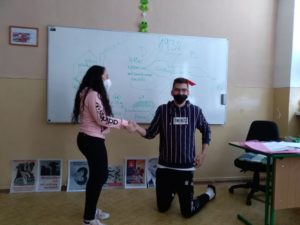 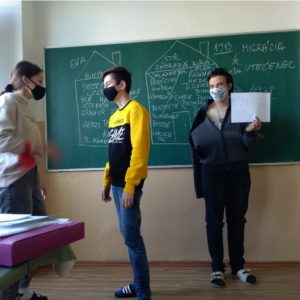 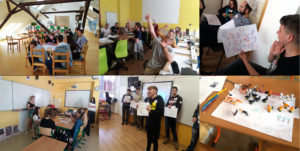 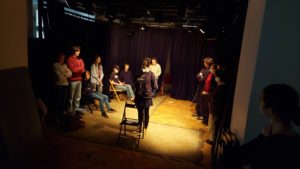 In each country we made creative „guerilla-like“ campaigns / happenings in on-line and off-line environment, which was tailored around important dates related to the WWII such as International Holocaust Remembrance Day (27th January), end of the WWII (8th and 9th May).

The guerilla campaigns involved social media influencers and VIP’s, were prepared in a cooperation with local PR/advertisement agencies which work with us on pro bono principle.
We did 2 bigger international campaigns what was happened in national languages in all 4 countries of organisations: one of them was focused to 8th or 9th May – official end of WWII – as day of victory over the facism and nacism and the 2nd one was focused to 27th January – Onternational Holocaust Remembrance Day.
Also we made 8 smaller awareness campaigns on national level, what were connected with memorial days in each country. 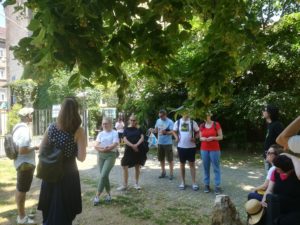 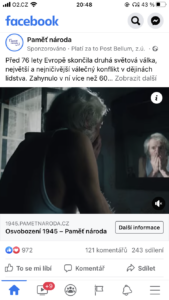 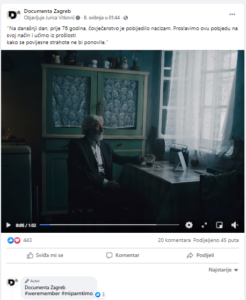 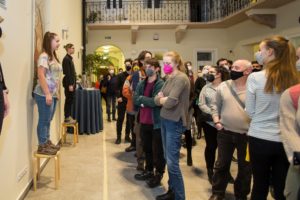 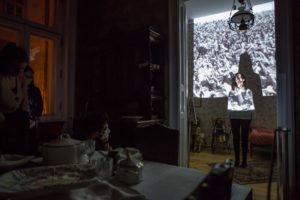 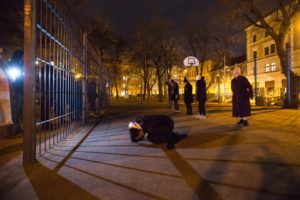 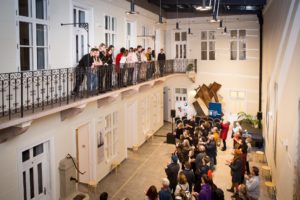 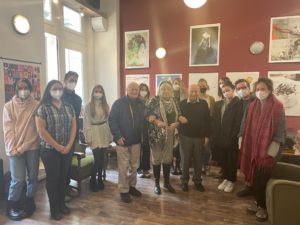 Insight of the campaign to 8th and 9th May:
When pointing out the dark past, we are used to watching old people talk about their hardships, almost always breaking into tears. The bad news is, we are almost immune to the sight. The good news is, it doesn’t need to be like this. This time, when we watch an old man and his own victory over fascism, we find joy in it – just as he does.
Video concept:
An old man in a rural setting sits in a lawn mower. He starts it up, drives out of the barn and starts mowing the meadow. After a while, he stops. We look from the topshot and see that he has mowed a swastika into the high grass. At that moment, he floors the gas and drives across the meadow. He mows a thick line right through the swastika and he’s really enjoying it.
Voiceover: 76 years ago, humanity defeated fascism. Celebrate it with us.
Claim for influencers: everyone celebrates victory in their own way.